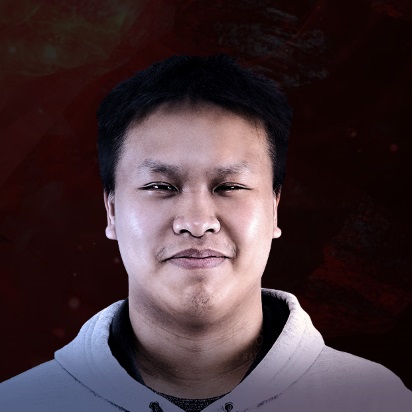 Growing up in San Jose, California Reginald played video games from an early age. Regi began playing League of Legends during the beta phase. On September 2009, Reginald created the SoloMid.Net website. At this time he was part of team All or Nothing. Reginald left when the team disbanded due to conflict between him and his brother Dan Dinh on what the team needed, as well as differences in play-style between the brothers, he moved onto Team SoloMid in 2011 and became the mid laner for the team.[1] He has competed at LAN events such as MLG, IEM, and IPL. Currently his main champions are Ahri,  Cassiopeia,  Morgana,  Kennen,  Karthus,  Gragas,  Galio,  Twisted Fate,  Ryze and in rare cases  Ziggs. After the Season 2 World Championship, Reginald announced his retirement from professional League of Legends and said he would become a manager for Team SoloMid, but later announced that he would instead remain as the team's Mid Laner; he has since stepped down from Mid Lane and has become the teams Coach/Analyst.

The iconic founder and leader of Team SoloMid, Andy "Reginald" Dinh is the owner and manager of the TSM organization. Much of TSM’s success is owed to his strategic planning. Originally known for his aggressive playstyle during Season 1, he was forced to adapt to a more passive approach during Season 2. While Season 3 brought more opportunities for Reginald and TSM than ever before, the weight of leading an organization both on and off The Rift was becoming too much for one person to bear. Reginald brought in Søren "Bjergsen" Bjerg in 2013 to fill his previous position in mid lane, a move which reinvigorated the TSM squad and led to multiple NA LCS titles.